What is ginseng (red ginseng)?

Korean Ginseng is a leading Asian medicinal herb whose beneficial effects have been known for more than 2000 years. The benefits of ginseng have been confirmed and studied numerous times in scientific literature. Korean ginseng in particular has been found to have superior effects compared to ginseng varieties from other regions in the world, and remains a favorite health and self-rejuvenating ingredient to this day.

How to distinguish Korean ginseng 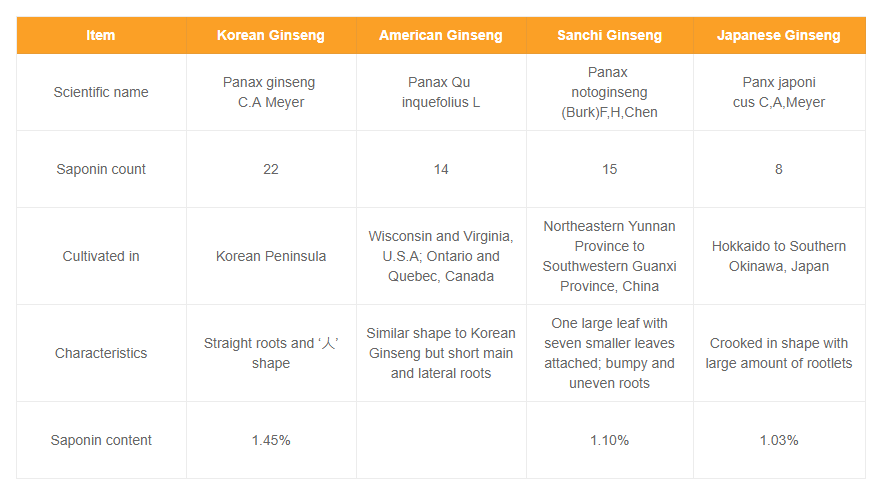